More than fifteen years ago, a professor of formaldehyde science at the University of Michigan began work on a formula that could eliminate the fumes and odors associated with the embalming process. This man was the owner of a funeral home and his wife was allergic to formaldehyde. His experiments resulted in success and he quickly discovered that the formula was equally effective at mitigating odors associated with ammonia, smoke, pet odor etc. No further studies were made of the material, and he began working with a neighbor friend to sell the solution at pet shows as a deodorizer. The inventor passed away leaving the formula to his neighbor who built a small company selling to pet owners and housewives by word of mouth advertising. 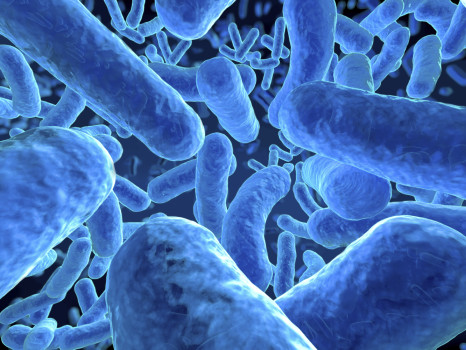 In 2002, Alan Campbell became aware of the formula and was able to secure the rights to it, forming GER to begin intensive research and development of the formula, now SNiPER®. This process revealed SNiPER’s® tremendous ability as a biocide and the unique way it utilizes chlorine dioxide to achieve results that are nothing short of amazing.

Chlorine dioxide has long been recognized as a peerless disinfectant. It, in no way resembles hypo-chlorite bleach (chlorine) as it does not chlorinate organic material, it is a more powerful and selective oxidizer and it does not readily create the carcinogens halo-acetic acid and trihalo-methane which are associated with chlorine water treatment. Chlorine dioxide is not well known because, despite its potential usefulness, it is very difficult to handle. Chlorine dioxide gas is highly unstable and cannot be contained or transported, it degrades rapidly leaving only a short effective window, it is explosive when built up in a space and it can be highly corrosive in high concentration. Also, for surface disinfection, the gas must be kept in contact with the surface which is very difficult and highly inefficient.

SNiPER® has solved these issues by taking an unlikely approach; because chlorine dioxide is unstable and dangerous, there is none present in the solution. The SNiPER® formula is a technology system that spontaneously generates tiny amounts of CLO2 delivered to precise points of a cell or molecule, where it is immediately expended attacking these structures. This reaction can only be initiated by a predetermined target set (virus, bacteria, fungi, yeast, spores and VOC’s).

Green Intelligence with extra Muscle SNiPER® is next generation chemistry; a new era of disinfection quality. 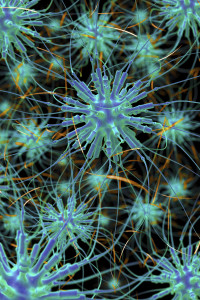 Due to it’s proprietary formulation, SNiPER® has harnessed the power, efficacy and versatility of chlorine dioxide in a completely safe, ready to use, and shelf stable formulation. SNiPER®’s proprietary action is initiated in an on demand basis which is precipitated by contact with a micro-organism or volatile organic compound (VOC) with a total potential of 2,000 ppm. by volume. When this interaction takes place, SNiPER® delivers controlled micro-bursts of chlorine dioxide directly to its target resulting in the physical destruction of the target organism or molecule. Once this result is affected, SNiPER® immediately ceases its reactive process, retaining the remaining potential to address future threats.

This proprietary function of the SNiPER® technology guarantees that no free chlorine dioxide will be released that could pose a health risk or physical hazard. SNiPER® kills its target by mechanical action which is to say it physically disassembles vital structural components of the organism at the molecular level. This is important for two main reasons: first, no organism can reproduce or continue to function after being rendered into component parts; and second, unlike traditional disinfectants which are metabolic toxins, no organism can develop an immunity response or any other evolved or acquired defense against the action of SNiPER®.

SNiPER® has been tested in this capacity against the most challenging species of microorganism including enveloped and non-enveloped virus, gram negative and positive bacteria, yeast such as histoplasma, fungus such as stachybotrys and aspergillus, and parasites such as cryptosporidium. Furthermore, in establishing the efficacy of SNiPER®, Global Environmental Restoration (GER) elected to undergo the most challenging EPA / FDA test protocols, performed by Independent EPA registered analytical laboratories. Successful completion of these test challenges form the foundation for the bold claims in regards to SNiPER®s efficacy.

See More
Visit our sister company Made New Again to see how we help with all of your cleaning needs.

Contact us today to learn more about a no-obligation, free estimate at your home or business, or send us your comments about the service you received.
Company Representative: Blake McCormick
Phone: 832-477-6233